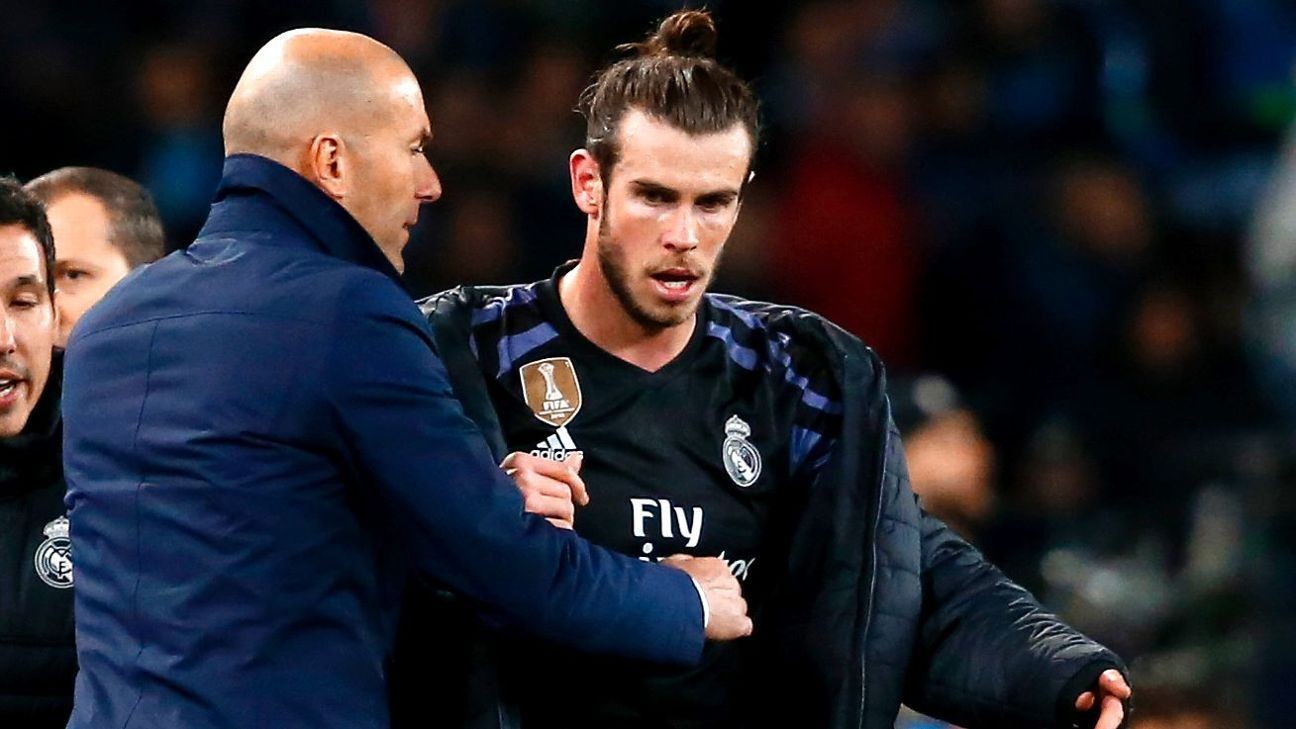 Stewart Robson explains why he thinks Gareth Bale is afraid to leave Real Madrid, even if it means being stuck on the bench or left out of the squad entirely.

The FC crew discusses the next step in Gareth Bale's career and whether he will return to Tottenham or move somewhere else.

Real Madrid head coach Zinedine Zidane says Gareth Bale didn't feature in their 3-1 loss to Bayern Munich as the club want the Welshman to leave as soon as possible.

Real Madrid head coach Zinedine Zidane said on Monday he had not "disrespected" Gareth Bale and it was the club who wanted to sell the Welsh forward, not him personally.

Bale did not play for Real in their 3-1 defeat to Bayern Munich in the International Champions Cup on Saturday, with Zidane revealing his absence was due to the club "working on his departure."

- Source: Bale could go to China on a free transfer
- Darke: Bale's time at Madrid is done, but where can he go?

Bale's agent labelled Zidane a "disgrace" but the Frenchman defended his conduct ahead of Real Madrid's pre-season clash with Arsenal in Washington, D.C.

"At times my Spanish is very suspect," Zidane told reporters. "I want to be very clear about this. Firstly, I have not disrespected anybody and least of all the player.

"I have always said the same, the players are the most important and every time I am with a player here I will be with them always.

"Second thing, I said the club is trying to sell him. Third point, I think it is very important and crucial to say that the other day Gareth did not [play] because he did not want to.

"Gareth is a Real Madrid player. That is the most important thing, he is a player for the squad."

Bale, 30, has won four Champions League titles since joining Madrid from Tottenham Hotspur in 2013 for a then world record €100 million (£89.77 million) but he struggled to hold down his place in the starting side last season.