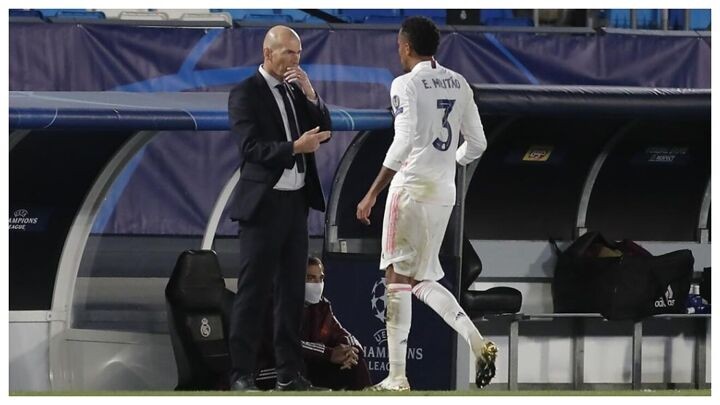 We're going to have to start calling Real Madrid head coach Zinedine Zidane the Minister of Defence, as he has now used 13 different combinations at the back in the last 19 games.

These remarkable figures are better understood within the context that Los Blancos are unbeaten in that run.

With Real Madrid making a late surge in LaLiga Santander and still dreaming of a 14th Champions League, keeping things tight at the back in the face of constant adversity is perhaps Zidane's greatest achievement of the last three months.

The Frenchman has used 11 different players from the start in his defensive line as he has had to continually rearrange the puzzle thanks to a stream of injuries.

Over this period, there was just one short spell of respite when Zidane was able to send out the same back four - Lucas Vazquez, Raphael Varane, Nacho Fernandez and Ferland Mendy - for four straight games, but he has otherwise had to test something new ahead of every game.

Zidane hasn't just had to shuffle personnel but has also been tweaking the system, sometimes out of necessity, alternating between a back four and a five-man defence.

The dilemma at right-back is one perfect example, with Real Madrid having used Alvaro Odriozola, Marvin Park, Dani Carvajal, Lucas Vazquez and Fede Valverde in that position in this run.

They have also been variously deprived of all their first-choice defenders at different times over the course of the 19 games, with Carvajal, Varane, Sergio Ramos and Mendy all spending time on the sidelines.

Now, ahead of Los Blancos' crucial Champions League semi-final against Chelsea on Wednesday, Zidane will once again have to shake things up due to Varane's injury, although he will have Mendy and Ramos available again, along with Marcelo.

While Zidane's defensive nightmare goes on, it has also been a very successful period for the side, and the French coach deserves credit.

The other positive is that it has allowed some players who had been on the fringes a chance to shine, with Eder Militao being a great example, and shown that football really is a squad game.